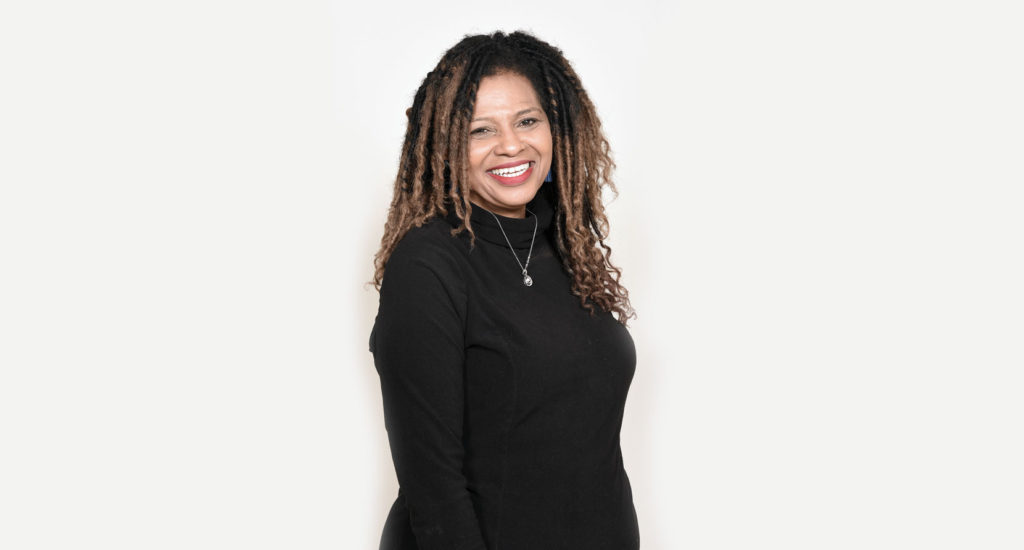 Denise Mims Thomas, also known as Mother Denise or Mama D, has been an active member of VCC, Valencia Christian Center since 2013. She became a member with her daughter Chelsea Marie Faith Thomas.

Mama D, as she is affectionately called, quickly began volunteering in various ministries:

She would describe her passions being a desire to serve and fellowship with like-minded parishioners. Her early years as a Christian were spent at West Angeles Church of God in Christ, where she received the Lord on Oct. 28, 1986. There she was a member of the choir and served there for many years. Upon marrying her husband, Minister Kevin Thomas, and having two children, Chelsea mentioned above and Malcolm, she left the church to seek a more personalized environment, which lead to various churches in Los Angeles, San Fernando Valley and Santa Clarita Valley. She feels fortunate to have finally found a church home, Valencia Christian Center.

Mama D is proud to be a proud Bruin, graduating with a B.A. degree in English Literature from the University of California Los Angeles, where she contributed to the Black Student Union newspaper Nommo. Prior to attending UCLA she was a student at Compton Community where she was elected Associated Student Body President. She also includes Cal State Los Angeles and the University of LaVerne as important parts of her educational background, the first for the Teacher’s Credential, the second her Master’s in Educational and Administrative Credential. In addition, she is happy to be a proud Tarbabe, graduating from Compton High School, early at age 16 as a member of the  award-winning National Florensic League, where she reached the semi-finals in the areas of Expository and Impromptu speaking.

Like most believers, she has had her moments where life events have helped to strengthen her faith and trust in God. The lost of her father, Benny Mims, the owner of Trend Pacific Auto Body Fender in Los Angeles, Ca. two days before the birth of her eldest daughter Chelsea, the sudden death of her brother-in-law Barry Thomas and other subsequent trials, have shown her that God never fails and is always there for us.

Currently, she is a loyal and devoted member of the congregation, friend to many and hopefully an inspiration to all who know her in the secular and non-secular world.